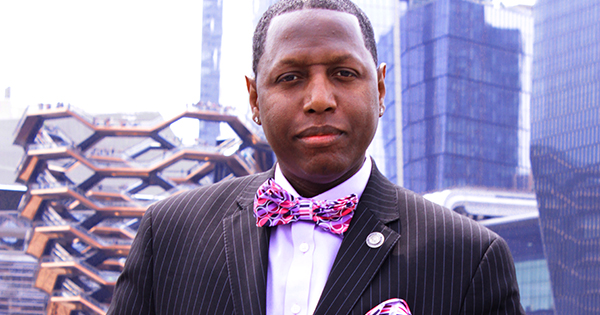 Bennie Randall, founder of the Bshani Radio Network launched his app earlier this year and already has a total of 2.4 million downloads to smartphones, tablets, and other portable devices worldwide on both Android and iPhone platforms.

The Bshani Radio Network is one of the biggest African American podcast networks in the world with content available on two channels – The Bshani Channel, which features content on a wide variety of topics, and the Vercay Channel, which is a channel for women by women.

In 2017, Randall was inspired to create a platform where independent thought-leaders and entrepreneurs would have a voice to share their stories and expertise. Popular shows in the Bshani Radio App include The Bennie Love Show hosted by Mr. Bennie Randall; The Millionaire Mentorship Show hosted by Dr. Herbert Harris; Client Attraction hosted by Marquel Russell; and Situations with Sassy. Randall comments, “We are a network for the human race all podcasters are welcome to become part of our family.”

The Bshani Radio App is truly a game-changer with cutting edge features that do not take up valuable memory and disk space on your mobile device.

The feedback in the four months of the app launch has been great. Lady Zhe, host of the Jazz and Tech Lounge on the Bshani Channel, comments, “I am very grateful for the Bshani Radio Network grabbing a foothold in the information age and providing such an awesome platform like the Bshani Radio App. I love it!”

The Bshani Radio Network is three years old with a total of 2,448 episodes total between its two channels. 94% of the listeners are women and 6% are men. The top locations tuning in Bshani Radio are the United States, Zimbabwe, Germany, Canada, and the United Kingdom. For more details, visit BShaniRadio.com.

Sponsorship and advertising opportunities are available on the network.

Meet the Newest Owners of This Black-Owned BP Gas Station in Jacksonville, Florida Dr. Regina Benjamin, M.D., MBA, will be providing expertise on the COVID-19 and its disproportionate effect on African American communities. 870
No Result
View All Result