In 2007, Joseph Dhafana was a plant attendant at a cement factory in Zimbabwe. His homeland was on the brink of an economic crisis and as the news made ripples around the country, Dhafana was close to his breaking point.

A hyperinflation-fueled financial collapse led to clothing and food shortages just a year later, and many Zimbabweans sought opportunities in other countries. This would be Dhafana’s push to venture out of his home country and seek a better life, one that would eventually position him as a champion and authoritative voice in the world of South African wines.

With more than 72% of Zimbabwe’s population living in extreme poverty between 2000 and 2008, many left behind their families in the hopes of making a living wage. “There was no hope. You could have your trillions in your hands as liquid cash, but you couldn’t buy anything. There is no [worse] feeling than the one you get when you walk in the shop only to find out the shelves are empty or spending half a day queuing for a loaf of bread,” he explains.

Dhafana and his wife, Amelia, carefully crafted a plan for their new life and boarded a fruit truck to make the illegal journey to Johannesburg, South Africa. They then traveled another 28 hours by train to get to Cape Town, which would be their eventual home.

As Dhafana settled into his new, foreign life, he worked as a gardener, which would be his primary source of income until he discovered wine. While working as a gardener, Dhafana also served in restaurants. His then-manager treated him to a glass of sparkling wine—this would be his first time trying the drink—but instead of falling head over heels, he didn’t care for it much. “I completely forgot about it and only enrolled with Cape Wine Academy in 2012 so that I could get a better understanding about wine [as a server].”

Three years after enrolling in the wine academy, Dhafana’s palate was improving and he was able to detect the nuances and flavor profiles in a glass of wine better. “My strength lies in wine tasting. I think my palate is my best weapon. I came in third [place for] best wine taster of SA in 2015, plus my knowledge about wines of the world is sharp. I can explain Australian wine regions and its geographical locations as if I was born there,” he says.

As part of the Black Cellar Club (BLACC), Dhafana is spearheading wine’s growth in popularity, as both a career and a hobby among Black people in South Africa. He estimates that 90% of the sommeliers on the floor are Black, but for many of them, “it’s hard to learn that they still don’t have power [over] wine list or beverages.” It’s a slow process, but Dhafana says it’s changing thanks to a handful of wineries and restaurants that are willing to hire and train talent, regardless of race.

A Project of His Own

In 2014, Dhafana was named head sommelier at the fine dining establishment La Colombe. At a time when he could kick up his feet and enjoy his success, Dhafana did the opposite and pursued another venture—winemaking. He built upon his 2013 harvest (the crucial period when ripe grapes are picked from the grapevines) with Chris Mullineux and kept a close eye on the process from start to finish.

His brand Mosi Wines produces wines and gin. The wines are produced from 100% South African grapes and are low intervention, so they’re made with minimal chemical additives. Dhafana describes why he’s gone this route. “Low or minimal intervention wines are the best for me because they usually reflect true terroir or origin and that usually leads to quality. I can only make or sell what I can drink.”

He partnered with the app LABELinmotion to bring his wine bottles to life. Customers can scan the label using the app to take a virtual tour through Victoria Falls, the magnificent waterfall that sits between Zambia and Zimbabwe. For Dhafana, it’s a way to create a full-circle experience of tasting his wine while journeying to his homeland.

Since 2009, Joseph Dhafana has worked his way up in the restaurant industry. His years of learning, studying and tasting have culminated in winning one of the top honors on the South African wine scene. In 2019 he was awarded Eat Out’s Wine Service Award for his role as head sommelier at La Colombe, giving him yet another reason to celebrate.

He’s come a long way, but he has learned one simple thing. “Determination breeds success and if you don’t try new avenues, nothing will come your way.” 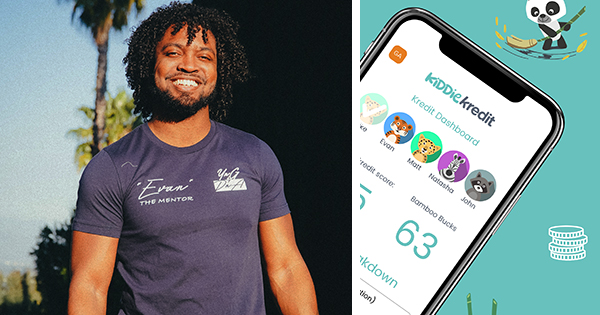 135
No Result
View All Result