Director Spike Lee did what he does best and created a short film right after the killing of George Floyd.

“Extra’s” Nate Burleson spoke to Spike about the unrest in our country and his new Netflix movie “Da 5 Bloods.”

Commenting on all the recent killings in the news, Lee said, “I can’t keep up. I swear on my mother’s grave. I’m like… What? What? What? It doesn’t stop!”

He emphasized that African-Americans have faced tough times for centuries, saying, “When was it easy? Since 1619, since 1619, [when] our ancestors were stolen from Africa and landed in Jamestown, we’ve been catching hell. So it ain’t ever been easy… It’s been easier. But it’s not easy. We can make that distinction.”

Lee said he views the current protests positively, adding, “I feel good. You know why I feel good? Because I’m looking at the faces and I see our white brothers and sisters joined with their black and brown sisters, arm in arm, step by step, in there… I haven’t seen this since I was 10 or 11, during the ’60s… the Vietnam War, black power movement, women’s movement… This is the next version of that.”

Lee also discussed his Vietnam War movie “Da 5 Bloods,” starring Chadwick Boseman and Delroy Lindo. The film is about four African-American vets who return to Vietnam to search for the remains of their fallen leader.

“The Vietnam War was the first war that was televised into homes… Me and my late brother Chris, we loved World War II films. My father would say, ‘You know, boys, black people fought in World War II also.’ [But] how would we know that? We were looking at John Wayne all the time,” Lee said.

“I had to make a promise to myself. I had to stop thinking ill of young people when they don’t know their history. Because the elders did not teach them. So if our young generations don’t know what’s going on, that’s on us,” he continued.

Spike is a vocal critic of President Trump and made one of the film’s characters a Trump supporter. “My mother told me at a very young age that all black people aren’t alike. We don’t talk alike, think alike, look alike, etc.,” he said. “There’s a very small percentage of African-Americans that voted for him last time. They drank the orange Kool-Aid… My co-writer…we said… what’s the most extreme thing that we can give one of these four guys? Supports Agent Orange. And that’s how it got in there.” 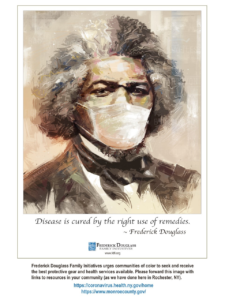 798
No Result
View All Result